skip to main | skip to sidebar

We've received a lot of requests on how to let nanny employers know about NNRW.

We've created this letter that you can print out and provide to your employers, letting them know about NNRW! 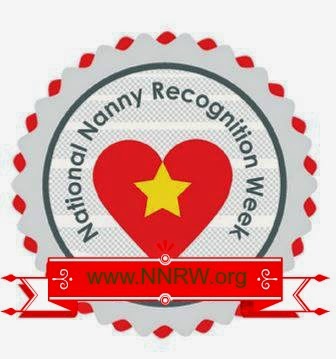 Michigan Nanny Gets Nanny Appreciation Day Proclaimed in her State

It started with a phone call.

“Tell me what to tell them,” moaned the distraught nanny.  “My parents just told me they want me to go back to teaching preschool because they’re embarrassed to tell people that I’m a nanny.  I love my job, I’m so much happier doing this than teaching and I make more than twice what I used to make.  They just don’t seem to think any of that matters.”

My heart ached for her.  I’ve been lucky to have family and friends who support and honor my chosen profession as a nanny, and for the most part it has been quite some time since anyone close to me has questioned the validity of what I do.  I know, however, that this is not the case for many, many nannies.  As I listened to that nanny on the phone, my frustration for her quickly became indignation on her behalf and a desire to do something, anything, which would give my professional peers something to show the world to say “See?  This work is important work.  It is real.  It is valid.  And it is worthy of respect.”

In my role as director of the Michigan Professional NannyAssociation, I had occasionally wondered about the possibility of getting a day officially declared as a Nanny Day in my state.  When I hung up the phone that night, I did so with the resolve to figure out exactly how to make that happen and exactly zero clue on where to begin.  What I did have, though, was a tenuous connection to the Lieutenant Governor and the knowledge that he had often praised the work of his daughter’s ABA therapist and companion.  I knew he might be sympathetic to the cause, so I sent him a quick facebook message asking how, exactly, I would go about getting such a day declared.

I expected an eventual response, likely with a link to instructions.  What I did NOT expect was an almost immediate enthusiastic reply telling me which office to contact and instructions to call him directly so that he could help push the request through.

Within just a few days I was connected with his communications office and a helpful staffer who happily asked me, “Okay, what day do you want this and do you have any particular wording you want for the proclamation?”  Wait.  What?  It can’t really be THAT easy, can it?

It really was that easy.  I hadn’t even thought about wording, so I left that up to their office. My one request was that the name of my organization be left off the proclamation, so that it would apply to ALL nannies and not be seen as something exclusive to MPNA members.   I asked for the Friday of National Nanny Recognition Week  (September 27, 2013), with the plan to surprise the members of my organization at our NNRW Kickoff Dinner.  I wasn’t disappointed.  When the final copy was sent to me for approval, I read it with tears of joy streaming down my face at the accolades and praise that my state had given to my profession.  This was exactly what I had dreamed of:  something any nanny could hold on to and show to those who questioned the significance of her work.

Reading that proclamation aloud to the more than 30 nannies who showed up to hear about our big surprise was one of the most precious moments in my nanny life.

This year, we made the same request of the Lieutenant Governor’s office.  We changed the date to be the first day of NNRW, Sunday, September 21, 2014, so that we could kick off that week with a bang.  With just a few quick emails, we had our 2014 Nanny Appreciation Day declared.   We plan to make the request every year.   My dream is to see it happen in every state, and I’m working on a national proclamation.

Want to get this done in your state?  Most states have a proclamation request form on the state government website, usually somewhere under the Governor’s office.  If you don’t have a connection to anyone in your state Governor’s office, search via your favorite search engine using “how to get a proclamation from (your state) governor” and you should get a link to that page.  That page will include all of the information you need, and usually with an online form to fill out.   Be prepared.  Check out the request form for information on how long in advance the office needs the request, usually it is at least a full month and often it is longer.  I made the request several months in advance, just to be safe.  Know what date you want to request, be ready to justify the request, and have a plan for what you want the proclamation to include.  While I got away with not providing the language for our proclamation, it was clear that some of the language was based on things written on the MPNA website, which I had provided to the communications liaison.  If you have specific language prepared, it is far easier for them to tweak it to fit the proclamation *and* you are more likely to get the request granted quickly.

Good luck!  And keep me posted when you get your proclamation.  Until then, I know that we Michigan Nannies are happy to share our Nanny Appreciation Day with ALL nannies, no matter where you live. 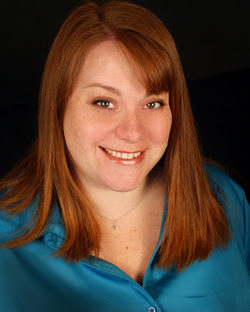 Tara Lindsay has been taking care of other people's children for over 30 years, and has worked as a nanny for the past 22 years.  She attended Central Michigan University where she studied Special Education, Early Childhood and then pursued a degree in Public Health Education and Health Promotion.  After finishing at CMU in 1996, Tara recognized her deep love for the work of nannying and chose to enter it as a full time career.  She has cared for children of all ages, stages, and developmental ability levels, as well as worked with a variety of family types.

Tara left the field of nannying in August 2001 to become a long term missionary at an orphanage in rural Honduras.  After returning home to Michigan in April, 2003, she resumed her nanny career.  Tara currently is a full time, live out nanny for an Oakland County family with three boys: two preschoolers and an infant.

Tara is a Co-Founder and Director of MPNA.  She is the Programs Director on the board of the Michigan Chapter of the Domestic Estate Managers Association.  At the national level, she has served as Secretary for the Professional Nanny Association and offered advice to nannies and parents as the PNA "Ask Nanny".  She has also twice been a workshop presenter at Nannypalooza, a national professional education conference. Tara volunteers with Be The Match, a division of the National Marrow Donor Program, as an Ambassador of Hope, and is on the Detroit area Be The Match Leadership Committee.  Tara was named a 2010 Outstanding Young Michigander by the Michigan Jaycees for her numerous volunteer and philanthropic activities and currently serves as the Leadership Consultant for the Wyandotte chapter of the Michigan Jaycees.
Posted by All Things Nanny at 1:00 PM No comments: 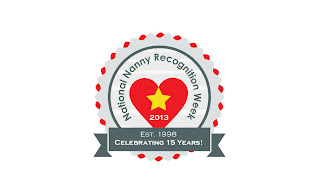 Started in 1998 by Mary Clurman – Nanny News, Judi Merlin – A Friend of the Family, and a group of dedicated industry professionals, National Nanny Recognition Week was created to draw attention to the positive aspects of nannies instead of the negative issues the press seems to thrive on.

Past events scheduled across the country included a 1000 nanny march on the capitol steps of Washington, DC, a rally in Atlanta’s Centennial Park, various parties and picnic hosted by agencies and nanny support groups nationwide. NNRW has become an annual event lauded by nannies, industry professionals, media nanny support groups, industry leaders, professional organizations and the parents whom employ the nannies.

In 1999, The National Association of Nannies, which was the first national organization run by nannies for nannies, was given permission to adopt NNRW as its own and developed it into a weeklong celebration ending with its annual conference. NAN folded in 2005 but the NNRW legacy was passed on to APN who took over the reins in 2007.  When they folded, the event was passed on to two career nannies, Angela Jackson (Richmond, VA) and Kellie Geres (Washington, DC) who now keep the event in the minds of today's nannies and the industry by oversee the blog (www.nnrw.org) and the NNRW Facebook page.

What began as an effort of few now spans hundreds of professionals the last full week of September each year. Slated for September 22-28, 2013 – NNRW continues to focus on the positive, quality aspects that nannies bring to their charges and jobs every day; and for parents and agencies to say “Thank You” to their wonderful caregivers.
Posted by All Things Nanny at 9:54 AM 2 comments:

Gift Ideas for your Nanny

Regarding Nannies put together this great list of gift ideas for nannies!

National Nanny Recognition Week (NNRW) is just a few short weeks away – September 23-29, 2012.  This is the time that many employers are wondering what to get their caregiver, and nannies are trying to find new ways to celebrate their friends.
Honoring your nanny or friend doesn’t have to cost a lot of money. It’s not about the amount spent, but the thought that counts.  A card picked out and signed by the whole family; include a bouquet of flowers or an Edible Arrangement bouquet, a photo of the kids or a gift card to favorite store, movies or Starbucks.  Saying Thank You – We Appreciate You when least expected makes a nanny feel valuable, appreciated and loved.
We’ve gathered a few of our favorites – old and new –
The Nanny Gift Shop offers an array of gifts including T-shirts, mugs, sweatshirts, iPhone covers and more!
Consider gifting a membership to INA, DEMA or conference registration to Nannypalooza!
Find more gift ideas ...
Regarding Nannies is also giving you the opportunity to say Thank You to your favorite nanny.  Email  regardingnanies@gmail.com, Subject: Appreciation and provide the nanny’s name, your message and how you wish to be recognized (submissions can be anonymous, full name, first name, initials, etc.).  Submissions must be received by Tuesday, September 25, and will appear on Regarding Nannies Thursday, September 27.

Ways to Appreciate Your Nanny 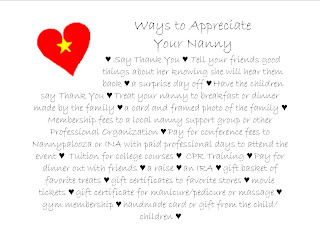 Posted by All Things Nanny at 2:42 PM No comments:

Event ideas in your area? Ways employers and agencies can support NNRW?
Gift ideas or ways to appreciate a nanny?
Share your ideas with us here and we'll see what our team of volunteers can do to make them a reality.
You can also email your ideas to us at nnrw98 (at) gmail (dot) com
Posted by All Things Nanny at 6:39 AM No comments:

Thank you to everyone who helped make NNRW 2011 a wonderful success. To the likes and shares on our Facebook page, to the agencies and nanny groups spreading the message of NNRW to the families, to Nannypalooza.com for creating a great video starring nannies .... THANK YOU!
We are already working on NNRW 2012 so check back often and make sure to Like us on Facebook to get all the latest information and events for 2012.
Angela & Kellie
Posted by All Things Nanny at 9:10 AM No comments:

NNRW was created in 1998 to recognize and celebrate nannies across the country.
NNRW is a week during which families, businesses, and the media will be encouraged to focus on the positive aspects of the nanny profession, the important role nannies play in the lives of the families and the wonderful contribution they make in the lives of the children they care for.
NNRW will start Sunday, September 20 with nannies, families, nanny agencies, educators, and nanny support groups participating in celebrations across the country.
We hope you will join us in celebrating your nanny!